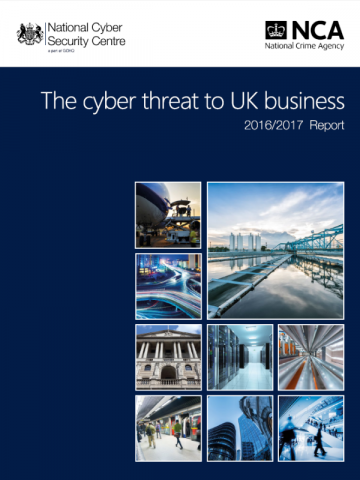 The rise of Internet of Things (IoT) devices gives attackers more opportunity. Consumer goods and industrial systems combined with the ever increasing commercial footprint online provides threat actors with more attack vectors than ever before.

The report also highlights increased levels of aggressive and confrontational cyber crime, particularly through Distributed Denial of Service (DDoS) attacks combined with extortion, and ransomware, which encrypts victim computers and demands a ransom in return for restoring control to the user.

The report also said businesses should improve basic defences. Cyber attack is inevitable, the report said, adding that even basic cyber defences can protect against most of the attacks affecting businesses and that weak defences are likely to invite repeated attacks.