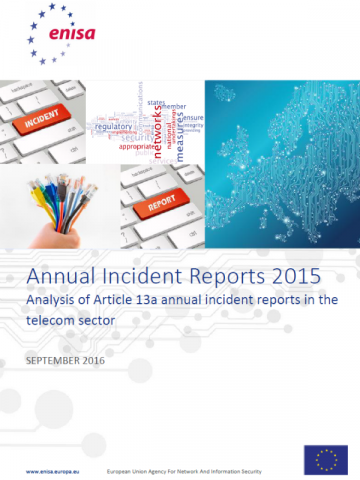 For the fifth year, ENISA publishes the annual report about significant outage incidents in the European electronic communications sector.

According to the report, there were 138 major service incidents on EEA telecom networks last year, most of which affected mobile networks and were due to system errors. Mobile internet services still remain the most affected by incidents with the most common cause software bugs and hardware failures affecting switches, routers and mobile base stations. However, human errors had a bigger impact on users, affecting on average 2.6 million user connections per incident.

The share of incidents caused by malicious actions dropped to 2.5 percent in 2015 from 9.6 percent in 2014. Nevertheless, these types of incidents, for example DDoS attacks, had the longest impact, affecting services on average almost two days.