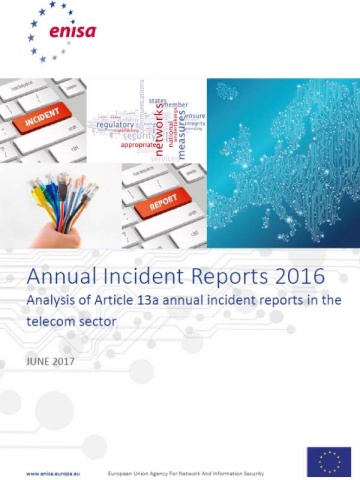 For the sixth year, ENISA publishes the annual report about significant outage incidents in the European electronic communications sector.

This year ENISA and the European Commission received 158 incident reports from NRAs regarding severe outages in the EU’s electronic communication networks and/or services which occurred in 2016. In total 24 countries, including two EFTA countries, reported significant incidents, while 6 countries reported they had no significant incidents. In general, there was a slight increase compared to last year’s statistics where reported incidents reached a total number of 138 incident reports.

Key findings from this year’s incident reporting include: